You are here: Home / Marketer / Tiers of Access – A Cobbler's Tale

There once was a cobbler who made fine shoes. He made only a few styles, following a few patterns and was able to charge a fair price for his shoes. Because he made all the shoes himself and provided all the service to his customer first hand, his income was limited. 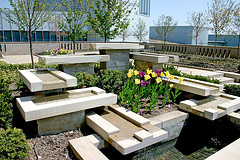 Along came a prince who offered a handsome fee for much of his current shoe making capacity. In exchange the cobbler had to agreed to make custom styled shoes that would only be available to the prince.

Word of the prince wearing the cobbler’s shoes spread and the cobbler’s work became more popular. The cobbler worked long days on his standard patterns and continued to service his customers first hand. In the evening he would work on the custom styles for the prince and deliver them in the early morning hours.

The cobbler grew wealthy but also quite weary. This pace was not sustainable.

The cobbler hired associates to help customers with the selection and fitting of their shoes. He took on apprentices to assist in the manufacture and design of his standard shoe lines. Life was better but now he often felt like a babysitter and referee keeping all the associates happy. He was also burdened by the prince to collect a portion of each associate’s wages and direct those to the price in the form or oppressive taxes and fees.

Then one day Zapittydooda, a traveling merchant with dozens of wagons traversing the countryside stopped at the cobbler’s store and asked to buy mass quantities of his shoes to take on the road and sell. The size of the cobbler’s audience grew dramatically.

One afternoon the cobbler lay down on a grassy hill and stared at the clear blue sky. He realized that the notoriety Zapittydooda was bringing him changed everything. He decided to dramatically change his shoe business.

A modestly priced line available through Zapittydooda and his store. A store he could still be found in many days speaking with and assisting customers. By visiting the cobbler’s store one would have a chance of meeting, speaking with and perhaps even having his shoes fit by the Cobbler. The design and manufacture of this line would be completed entirely by his associates in the orient under his supervision.

He would continue to engage in long-term custom shoe contracts with the likes of the prince (but raise his fees a bit).

Finally, he would consult with other cobblers and those who wanted additional information about the shoe business. His rate per day would be relatively high. Unlike the prince, however, one would not need to commit to months and months of the cobbler’s time. One could hire the cobbler to speak for an hour about making shoes. Or one could hire the cobbler for a day or a week to look at one’s cobbler shop and offer advice to improve it.

Life became very good. The cobbler cried tears of joy, for he has found a way to divvy up access to his most scarce resource (himself) using tiers of access.