You are here: Home / new media / The power of a social media audience 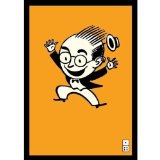 Recently, I was reading an email from Seth Godin about his new book “Poke the Box” that he is releasing through his new publishing venture The Domino Project. Seth was excited because enough of us had tweeted about and purchased the book to bring the price of the Kindle version down to $1.00. Yes, you read that right $1.00 for the digital version of a new Seth Godin book. He accomplished this by reaching out to his social media followers, but that’s not my story.

How the power of my social media audience blew me away

I’d already pre-ordered the limited edition print version of this book for $75. So, while I may order the kindle version, it immediately occurred to me that I needed to share this opportunity with as many folks as I could. I clicked on the Amazon.com link in Seth’s email. Because I’m an Amazon affiliate, my Amazon toolbar also appeared at the top of my browser. I took the easy way out and clicked on the “Tweet This” button. I added a few words of my own about the opportunity and then wandered off to bed for the evening.

I woke to a stream of about 20 retweets (re-sharing of my message on Twitter for those that don’t use the service). Pretty cool, I thought as I scrolled through them and sent thank you messages for sharing the good news about Seth’s new book. Then, I got to the one that blew me away. Brian Clark (@CopyBlogger on Twitter) had started this whole thing. Brian was the first retweet and from there it had gone kind of nuts. While I’m fairly proud of the audience of 3,500 followers I’ve built up on Twitter, @CopyBlogger has about 73,000 followers.

The power of sharing the good stuff

The Amazon statistics tell the story. The link included in my original tweet resulted in 1,520 click-throughs to Amazon.com. Then, those 1,520 clicks turned into 175 items purchased (mostly “Poke the Box”), which is an 11.5 percent conversion rate. Brian Clark has one engaged and faithful following. Me? I got lucky – or did I?

Keep sharing the good stuff and you will be rewarded. Brian, like me, is a Seth Godin fan. I’m sure he would have retweeted the first tweet he saw about the $1.00 offer or found it himself eventually (I can only assume he subscribes to Seth’s “The Dominio Project” email list). The point is that on this given day he was my “audience of one.” That tweet caught his attention and he shared it.

New relationships were born. I try and take the time to thank most people who retweet my tweets. As a result, I ended up having more than a few engaging conversations with some of Brian’s followers who had jumped on the retweet bandwagon. I’m following some new and interesting people and some of them are following me back.

Your number of followers matters less than remembering to always engage online as if you have an “audience of one.” At the end of the day, you are communicating with folks one at a time.