You are here: Home / personal development / The idea box idea

After reading Mitch Joel’s The Internet Is Your Media Lab, in the comments I shared an idea to add a simple “tip box” to my blog. Your blog after all, is your media lab, right? 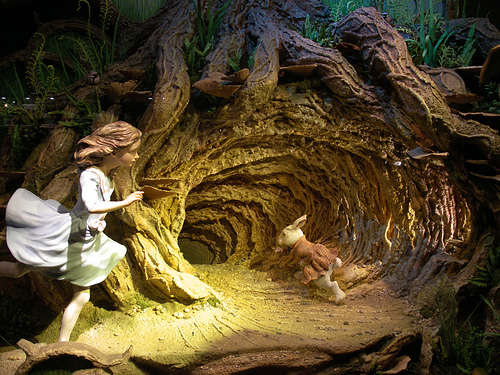 Racing down the rabbit hole

The next thing I know I’m spending a few hours on a rainy Saturday morning figuring out how to add what has become the “idea box” to this site. It’s over in the sidebar down a little ways if you want to take a look now. Nothing too impressive yet but there are plans for improvement.

The real story lies in the value of allowing yourself planned time to spend racing down some of the rabbit holes you find. For example, recently I redesigned this site by racing down a rabbit hole I found. Child themes that can be utilized with the Thesis theme that this site runs on.

New relationships. As I started to work on the “idea box” I remembered a WordPress plugin I had seen that allowed forms to be widgetized and placed in the sidebar of a blog. I installed the plugin Custom Contact Forms and starting creating the idea box.

I immediately ran into some issues with the plugin but was able to easily contact the author, Taylor Lovett, who completed several bugs fixed in less than twenty-four hours. Taylor also let me know some of the future directions he has planned for the plugin which could make the idea box a fun and useful project soon.

Make time for outside the box thinking

The whole experience was a reminder that time needs to be scheduled for projects that aren’t official projects on your to-do list. Some of the information I gathered getting this little idea box working will be applied to the customer support forums I’m working on over on the ColorMetrix site.

The internet is everyone’s media lab. Are you getting your fair share of the lab hours?