You are here: Home / blogging / The Help Others Manifesto

In my life, acts of kindness and giving back have always yielded unexpected rewards. Sometimes the rewards came years later. 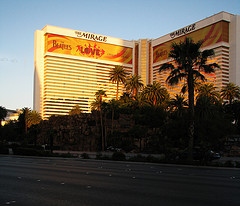 From A Business Perspective

Until 2005 ColorMetrix hosted a meeting for our users in Las Vegas. The financial objective of the meeting was always the same, break-even. The real objective of the meeting was to share knowledge and fun with the 35 or so users who joined us each year. We shared what was new with our products. Told them what features to expect months and sometimes years down the road. We asked users to share their best tips and tricks with the other attendees and us.

For at least a month before each meeting every spare moment I had (and then some) was consumed by planning and details. During those days in Vegas I developed friendships with several customers I had previously only spoken to on the phone or exchanged emails with. Five years after our last Vegas get-together, those friends are still referring business to me. The total value of that referral business is well into six figures. Not bad for throwing a little party in Vegas. (Makes me ask why we stopped having the meetings).

When I went through a tough time personally last year, those friends were there for me in ways that can’t be measured financially. All because I decided to throw a little party for our customers where they could have some fun and learn a few things along the way. I wish I could tell you I planned for the sales and friendships that would come from those meetings, but I had no idea.

At one of those meetings was a gentleman who has become our largest customer. Yes, this is over and above this six figures of referrals I mentioned earlier. The kicker, when he attended the meeting he was not a customer. He had an idea for something big percolating in his brain and was looking for the right company to deliver it. I can’t be sure, but I’d say he came to check us out and talk with our best customers about us.

The technology developed through this relationship will provide ColorMetrix a competitive advantage I am just beginning to understand. I will be sharing more about that in a series of blog posts at our company site over the next month or so. It’s a great story and I’m looking forward to telling it while looking for the next customer for the technology.

From a Blogging Perspective

I write a lot of blog posts. None gain as much attention and as many comments as those that recognize and help others (unless you question the wisdom of cold calling). Google Juice is cool because it keeps traffic coming forever but it’s anonymous traffic the first time through. When someone takes the time to comment on a post or give a shout on Twitter it’s so much more valuable. I’ll take backtracks and comments over search traffic any day.

Joshua pointed out that providing shouts to several people who inspired a video post was brilliant because then they would tweet about the post. That is in fact what happened. 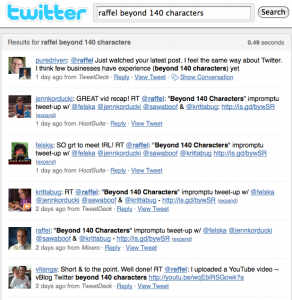 Any credit for brilliance however goes to Chris Brogan. Twice in the last month I have heard Chris say in Third Tribe (affiliate link) audio programs that his success all began when he started helping others. Hearing Chris say that planted a seed that has grown into this blog post. In addition, there are several notes in my “Big Ideas Book” Moleskine that relate to this post and have been added since hearing Chris’ comments.

Then there’s the YouTube video I shot for fun @AJBombers several weeks ago. That video about all of us earning our Foursquare Swarm badge has now been watched more than 4500 times all over the world. Keep in mind this little blog only brings in about 1500 people a month according to Google Analytics and Feedburner. My reach increased by about 3X for doing something fun for a group of friends. How cool is that?

I’d love to hear stories of helping others that have yielded unexpected dividends for you. Use the comments below to join the conversation.