You are here: Home / she said he said / Shelby's social media strategy: I swear I don't swear 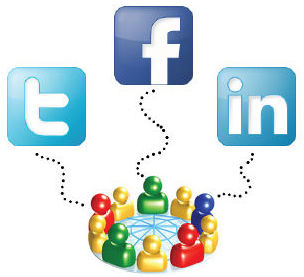 Jim and I agree on most things concerning the social media space, but that doesn’t mean we agree on everything.

Like most people, I enjoy the occasional off-color joke in a tweet, blog or Facebook status. I completely agree that while social media is a valuable tool in the business world, we don’t always have to be so serious. Participating in social media networks allows us to interact with people and be ourselves. Our personalities aren’t tied to our stagnant, properly-written resumes and cover letters in the social media world.

However, I’m not naive enough to think that the words I put out there on social media aren’t in the public domain and can’t be read by any Tom, Dick or Harry. I’m also fully aware that potential employers and clients use social media networks to do background checks. Therefore, I am very cognizant about what I put out there.

On the flip side, I actually disagree with employers who enforce strict social media policies on their employees. I don’t think your boss should force you to “friend” him on Facebook so he can monitor your activity. I don’t think every tweet you send out has to be business-related.

Employers who enforce rules like these are missing out on the point of social media: Be social and interact with people. They are also causing their employees to miss out on opportunities by forbidding them to actually interact with the people in that space.

When someone follows me on Twitter, the first thing I do is look at the top 20 tweets on their timeline. If those 20 tweets don’t include some kind of interaction with others (no @name replies), I don’t follow back. To me, this is very simple: I’m on Twitter to share information and interact with people. I don’t have time to watch people talk to themselves through self-promotion.

Am I saying people should be careful about what they say when using social media but employers shouldn’t enforce rules to ensure that happens? Yes, that’s exactly right. In fact, I found an article about the New York Times’ “hands-off” Twitter policy that proves the point; and it’s working for them.

The way I see it is that if employers trust their employees enough to represent their companies in the social space, then they should also trust them to do that with their own personal social media strategy. I believe personality is important in participating in social media and all people have different personalities. Let those different personalities of your employees shine through and you’re going to see results.

Over the years, I’ve developed my own personal social media strategy. Here are my five rules:

1. Respect your employer. You do represent your company and some things are best left unsaid. Remember that some things are also confidential. Oh, and don’t forget: talking trash about your boss or co-workers isn’t going to win you brownie points with your company either.

2. Respect yourself. There are just some things that are private and personal and other people don’t need to hear about them.

3. Be positive. Everyone has bad days, but I try very hard to stay positive in the social media space. If I can’t be positive, I go dark. It’s as simple as that.

4. Interact and share information. If you click on my personal Twitter timeline, you will find thousands of tweets that start with @name replies. I show interest in other people’s lives and work and share information when I can. There’s nothing wrong with a little self-promotion. If I write a new blog, I put it out there. However, more often that not, I’m interacting.

5. I don’t swear. Again, anyone can read your tweets, blogs and Facebook statuses. Aside from that, some of the funniest stand-up comedians I’ve seen are ones that don’t swear. I’m not saying I’m a comedian, but I can be funny and entertaining without the swear words. It’s also more challenging to come up with good material. Give it a try.

This is what works for me. I know Jim has a different personal social media strategy and I’m sure he’ll share it soon. In fact, I challenge him to do just that. Do you have a personal strategy in regard to social media? I’d love to hear about it!