You are here: Home / blogging / My business changed me

In January of 2009 I visited my friend Rick Littrell in the Boston area. We talked printing, social media, variable data, personal URL’s and all sorts of other fun stuff recovering printers in the social space talk about. 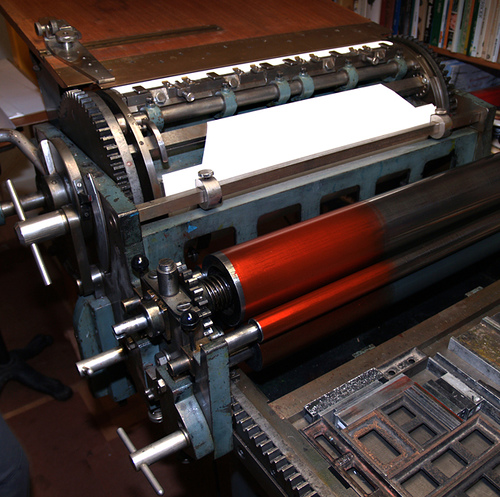 World Changer. Over lunch at a cool, small town New England pub, we agreed that social media was in the process of changing the world and most people just didn’t realize it yet. Specifically, most of our beloved printing industry pals had decided to bury their heads in the sand and wait for magazine and newspaper print orders to rebound.

First tweetup. Then, in June of ’09 I attended my first official Tweetup. That was it for me. I met Rob Strzelczyk that night, the owner of a printing company. While I had known of Rick pre-Twitter I had gotten to know him because of social media. Add to that meeting Rob, all with little or no cost other than my time – I was hooked. In a down business cycle this was starting to look pretty darn good.

Print ’09. By the time Fall rolled around and the big international Print trade show rolled into Chicago I had made many friends in Social Media. Some of them took time out of their schedules to stop by my display. I met others at Tweetups I attended on the show floor.

That was September ’09. So, it’s been about a year of intensely immersing myself in social media. Not just one channel either. Think of the social space as cable TV. There are lots of channels. I focus on four: this blog, Twitter, Linkedin and Facebook. For now, those four are doing what I need. The more interesting, engaging people I followed and then engaged with, the better the social media experience became.

Fast Forward to September ’10. I attended LabelExpo in Chicago. No fewer than a dozen people approached me and said things like, “You’re Jim Raffel that guy with the blog, right?” (note: this is one reason to keep your pictures and avatars current). The business I run is now based upon inbound marketing. It’s based upon our stories of success and failure. It’s not a business based around product brochures and spec sheets. It never really was, I just didn’t realize and fully understand that until now.

It’s an amazing space and it’s not going away. How are you going to leave your mark?