Sprint’s new htc EVO Android mobile device is now my favorite personal accessory. My Blackberry Curve 8330 sits deactivated, lonely and dejected on the back of my desk. 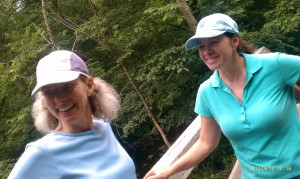 My smartphone love affair began many years ago with a Treo600. I graduated to a Treo 755p and then the Blackberry Curve 8330. Along the way I also made extensive use of an iPod Touch so I know and understand the iPhone functionality to some extent. The htc EVO Android is far and away the best smartphone I have ever used. Here’s why.

Intuitive. Within an hour of breaking the shrink wrap on the phone I had my email working and all my Google contacts synced up with the phone. Before that I had Seesmic installed and was tweeting happily away. Yes, I made sure Twitter was working on the device before email and for that mater before I even made or received a call. One has to keep ones priorities straight. If you have any smartphone experience figuring out an Android device and specifically the EVO should not be much of a challenge. The move from Treo to Blackberry last year was much more painful and time consuming.

Powerful. Over the last year I got used the to Blackberry hourglass being a frequent part of my day. It just didn’t have enough processing power to do what I wanted a mobile device to do day in and day out. After less than a week I don’t see that being an issue with the EVO. The device quickly and seamlessly switches between multiple tasks (apps) all running at the same time. In addition, the screen on the EVO is just plain gigantic for a mobile device. Yet, the device fits comfortably in my pants pocket. Speaking of power this baby does chew up a battery. With normal use I need to re-charge at some point during the day. So far not a problem but I would welcome a high capacity battery. If that does not happen the battery is removable so I can always carry a spare when I am on the road.

Just geeky enough. I seriously considered adding an iPad to my digital arsenal but decided to wait and see how I felt about the EVO before doing so. I can tell you my iPod Touch won’t be getting much use anymore. As for picking up an iPad I don’t see that happening anytime soon either. The EVO is one powerful device that gives me a lot more flexibility to set it up the way I want it to be. Other than my MacBook most of the Apple products have seemed a bit limiting for my taste. I’ve been told the Android phones are fairly hackable to accomplish some things Sprint doesn’t want one to be able to do. I’ll take my “friend’s” word on that as I would never do something against the rules.

Pictures & Music. A quick word about the 8 megapixel 720p video that’s a feature of the device. If you click on the picture in this post you will see a full res example of what this baby can do. Once I had the Blackberry I decided it’s camera was “good enough” and stopped carrying a digital camera when I travel. I no longer think there’s much of a trade off. I will be testing the 720p video and may stop carrying my Kodak Zi8 as well – fewer devices when one travels is good. I’m a little annoyed that syncing up music does not appear to be seamless and easy. To be fair I’ve spent a whole 10 minutes with the manual and Google trying to figure it out. I’ll get back to you on that topic.

Have an Android or more specifically an EVO? Jump in the comments are always open on JimRaffel.com.