You are here: Home / she said he said / Idea Germination – Birth of SheHe Media 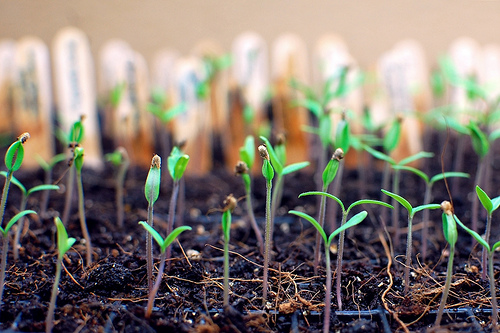 What’s an idea really worth? Honestly, it’s worth two cents or less; unless you are willing to incubate the idea and give it a chance to germinate. Then if the idea still has your interest and, more importantly, the interest of others, the idea might be worth a few bucks. Now are you ready to work your ass off? This will be the hardest part of converting that idea into dollars. You’re going to need to live and breathe the idea for a year or two to create real substantial and sustainable value. As usual, I’m racing ahead of myself in the story.

Back to the beginning

About a year ago, I agreed to be Shelby Sapusek’s first client as she left cubical nation and struck out on her own. Shelby started out providing social media management and other marketing-related support for my ColorMetrix business. ColorMetrix is a software developer serving primarily industrial clients like printers, packaging companies and large-scale prepress operations. That labels the marketing we do as “industrial marketing” in my book.

Shelby dove into the opportunity with amazing enthusiasm. We started by talking about the social media strategy I had created for ColorMetrix but had been unable to fully implement on my own. Working together, we further fleshed out the strategy and Shelby added her ideas to the mix. Then it was time to make it work and prove it out.

Proof is in the doing, not the talking

I often joke that a big part of my job is standing around and looking or sounding important. That’s sort of what you do when you are selling. You talk big and then hope or know that you can deliver on the big talk. Shelby takes a different approach. She just goes out there and does it.

As way or example, utilizing the ColorMetrix Twitter account she began participating in a Twitter chat called #PrintChat. She created a persona for the company with which people liked engaging and interacting. Over the course of a few months, I watched the company Twitter account transform from a static place holder on the internet to an interesting and engaging persona backed up mostly by Shelby and occasionally me. We created a voice in a place we never thought we could have a voice. We gathered hundreds of loyal fans (Twitter followers). They are more than followers, however, because we consider them friends and #PrintChat buddies.

The idea germinated without us noticing

Around the same time, Shelby and I began writing our “She Said, He Said” blog posts. In these posts, we pit our ideas and wits against each other weekly. The blog posts grew and resulted in the launch of a Twitter chat (#shehechat) that we now facilitate each Thursday evening at 8 p.m. CST. Suddenly, we realized we might have something. I asked a reluctant Shelby if she’d be interesting in trying to land speaking engagements to present a live format of our social media debate.

She said yes. In a matter of weeks, we had our first joint speaking gig at WordCamp Chicago. This wasn’t a bad first effort and people came up after our session asking questions. The combination of the writing, Twitter chat and speaking helped Shelby land some new clients for her business.

It was about this time that we realized our “She Said, He Sai project, which was started for fun, had grown into more than we ever planned. There was a business there and we just had chosen to somewhat ignore it.

Starting today, instead of being bolted onto this blog, the “She Said, He Said” project gets its own home at SheHeMedia.com. Our “She Said, He Said” blog posts have all been transferred to that site. Our new posts will be published there and not here; although we’ll publish in both places for a few weeks to smooth out the transition.

You can hire us to help with social media engagement strategies to grow your business online. That’s the business model and  we’ll help you do what we’ve done together for ColorMetrix and a couple of other clients. You can hire us to speak at your events. You can also hire us to write for your publications or blogs. While we’ll write independent of each other, the speaking and consulting gigs are a package deal. You get both of us and that’s just the way we work.