You are here: Home / WordPress / Edit Flow is one cool WordPress plugin 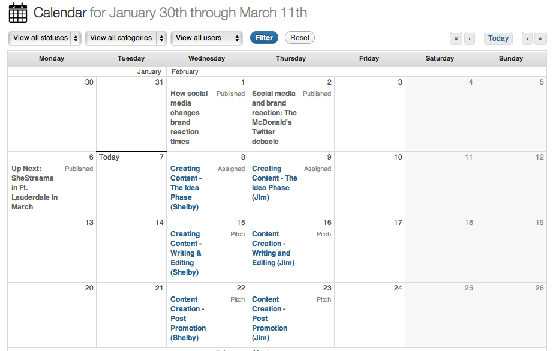 For over a year, I’ve had the good fortune of having Shelby Sapusek as an editor for this site. Together, we create a great deal of content each week and keeping track of where it all is in the editorial process can be tricky. We’re actually writing a six-part (three from each of our perspectives) series about our content creation cycle over on SheHe Media. As I prepared to write my first post in that series, I realized it was time to take a closer look at Edit Flow, a WordPress plugin we learned about at WordCamp Detroit.

Edit Flow is not for everyone

Awhile back, I found the Editorial Calendar plugin and, if you’re a solo blogger, I still recommend that one over Edit Flow. If, on the other hand, your blog has a team of more than one, I suggest you take a look at Edit Flow. 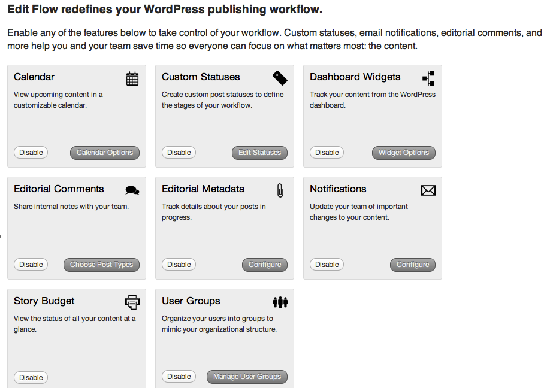 The image above shows the eight modules of Edit Flow and, while not complex, does take awhile to learn. You’re also going to have a few new widgets to deal with on the WordPress post editing page and dashboard. 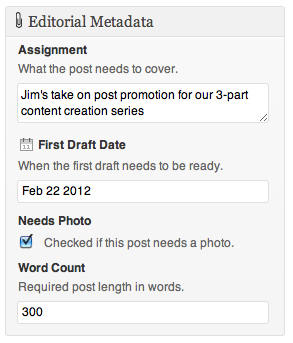 The calendar view is a summary of the Edit Flow settings you assign for each post. For example, instead of having “Draft,” “Scheduled” and “Published” as post statuses, you will have “Pitch” and “Assigned” as well as others. As the post moves through the process, each player (writer, editor and administrator) can change the status of the post to let the next player know the post’s writing or editing stage.

I started the process by completing the post meta data section for each of the six posts Shelby and I will be writing over the next three weeks. This provides reminders of who is writing the post, if a picture is required and how many words to complete it. It also allows you to set the all important first draft due date so that whoever is charged with editing has time to do a good edit. 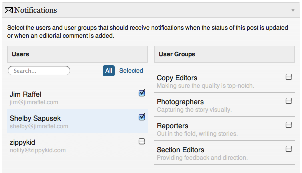 Next, I utilized the notifications sections to let Shelby know I had created a shell post for her in which to start writing. At some point, she’ll write the post and then set the status as ready for review. That will generate an email to me and I can edit the post. If things are unclear, there is an area to leave editorial notes. Again, when I’m done I can send a notification to Shelby that the post needs further work. I could also go ahead and publish if I like what I see.

It may seem complex, but …

Again, if you’re blogging on your own, this is a lot of additional overhead you probably don’t need or want. As a member of a writing team, this plugin holds the promise of being invaluable to Shelby and me. First, Shelby tends to sometimes work late at night (past 8 p.m. when I’m snoring away on the couch). I prefer to wake early and get my writing done first thing. Now we can both work more efficiently at our chosen times because Edit Flow will provide automatic notifications that there is new content to write or review. We do that now with phone calls and emails. For one post a week, that’s probably fine. For three posts on this site, two on SheHe Media and one on ColorMetrix, it’s fair to say communications lines often get crossed.

If you are part of a writing team, what tools do you utilize to keep the writing and editing process moving smoothly along?