You are here: Home / motivation / The decision to act

Filtering great ideas and making the decision to act on the best of them is the single most valuable use of your time. What does that process look like that ultimately separates the winning ideas from the losing ones? 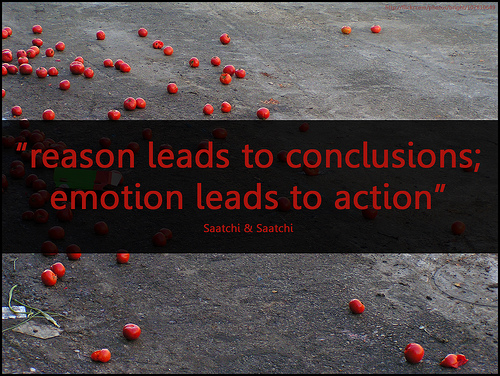 You have no shortage of good ideas, for that is seldom the problem. Instead, if you are like me, you struggle with which ideas to act upon. Sometimes that leads to a sort of paralysis state in which you end up acting on none of your ideas. At other times, the exact opposite occurs as you try to act upon each great idea and convert them all to reality. The trick, however, is to parse your ideas and let the best of the best filter from idea to action. Here’s roughly how that process looks.

Excitement phase – The realization that you have a new idea that could become something great is always an exciting moment. Now is not the time to temper that enthusiasm. Instead, utilize the energy and excitement to capture the details of the idea in writing. Spend no more than a few minutes capturing the bullet points and then return to your work for the day.

Curation phase – Wait at least twenty four hours and then return and review what you have written. While the idea may still be great, by now you can probably poke many holes in the concept. It’s amazing to me how few ideas pass this 24 hour test.

Analysis phase – Most ideas that make it this far have significant merit. Now, it’s time to separate the good from the great. For me there is no set plan for this phase. I have a list of ideas recorded and I return to them once or twice a week to see which ones jump out as being appropriate in the time and space that I am currently working. Some might require research and by returning to the list frequently I find that my reading focuses around the ideas I am considering acting upon.

Decision to act – I’m not one hundred percent certain how this part works. Most ideas that I have successfully moved forward on hibernated in the analysis phase for about thirty days before my decision to act. Sometimes it just feels right. Recently I decided to do whatever I can to make PodcampMKE a reality. It has been about thirty days since Joe Sorge sent out a tweet suggesting our city would be a good one for a Podcamp. In those thirty days I have discussed the idea with others and visited several of the websites for other cities that have held Podcamps. At the end of the day I just followed my gut and jumped in with both feet.

Even with a process like the one above not every decision to act will turn out well. Just make sure to learn something along the way and the process will be self improving.