You are here: Home / motivation / It's about the journey not the destination 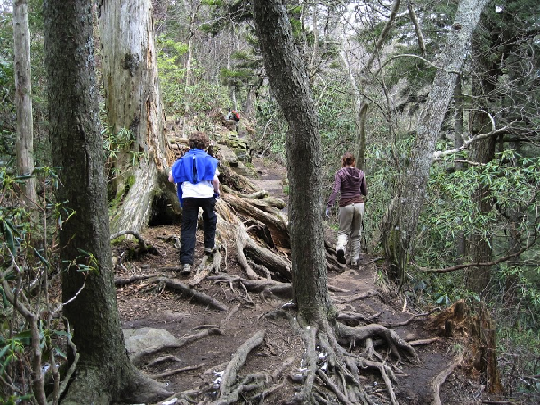 I just spent some time looking back through 800+ blog posts and realized I’ve never properly addressed the topic of life being about the journey not the destination. While I skirted around the edges of the topic several times, it doesn’t appear I’ve ever approached it head on. Let the journey begin!

If you are too focused on where you are going, it’s quite likely that if you get lost along the way, you’ll end up mad instead of exploring. Focus on that word “exploring” for a minute. The first explorers of the new world were by definition “lost” for most of their journey. They had a destination in mind but did they end up finding a faster route to Asia and India? No, but they did discover a vast country rich in natural resources. Had they been disappointed in not finding what they were looking for, they would have missed all that they found by accident.

Once while traveling on business with a colleague, I trusted the GPS in my phone to get us to a local electronics store for some parts we needed. Let’s just say either the GPS software or the operator had a problem and the next thing we knew, we had 1600 miles left in our journey. While we figured this all out pretty quickly, it took us almost 10 miles to get turned around and headed back in the right direction. I was a little bit angry and my colleague and I still joke about it to this day. In addition, we learned the importance of not always trusting the GPS and doubling checking its directions with a human aided sanity check.

You probably have a proven way of doing certain tasks that are key to your daily success. In other words, you are set in your ways and take what you believe to be the best and fastest way to your destination. For example, when it’s time to develop a new website I’m pretty quick to figure out how we can do it with WordPress. That’s because after eight years of working with WordPress I’m fairly comfortable I can get any project done using the framework. What if next time I tried another website framework like Joomla?

I’m a hiker so using Joomla would be like taking that little side trail my wife and I have walked by a hundred times in favor of staying on the main trail. We just did this over the weekend and ended up in a part of the park we’d never seen. We even ended up getting back to our car more quickly which was a nice bonus since the mosquitoes seemed intent on eating us alive.

Doing it “the wrong way” keeps you young

Most innovation is a combination of two things: The willingness to not do things according to conventional wisdom combined with the ability to fail quickly. When you put these two traits together, you’ll often be doing things “the wrong way.” Trust me, plenty of folks around you will let you know they think so.

Don’t be deterred. Instead, get up just one more time than you fall down. Remember the very best baseball players are only successful at the plate 1/3 of the time. Avoid “conventional wisdom” like the plague because that will only get you predictable results and not innovation.

And every now and then, turn left when you are supposed to turn right …  just to see where you end up.