You are here: Home / Business Strategy / Back to the notebook 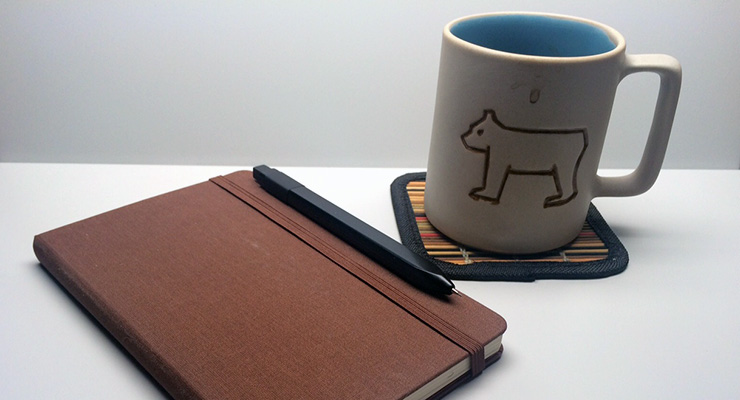 For more than two months, I didn’t write down a task list in my notebook. Yet I’ve written frequently on this blog about thinking on paper and the importance of handwritten task lists. So why did I go without it for such an extended period of time?

Over the last several months, my business has been in transition. We’re in the middle of releasing a new product, which is causing me to learn an entirely new area of the technology universe. In early May, I was testing and installing our newest software offering. What needed to be done each day was obvious. The next most important task kept revealing itself to me without a list.

Working in “the flow”

Does this mean I’ll be successful in the material sense? Maybe, but there are no guarantees. What it means is that I was working in this place I’ve heard referred to as “the flow.” I didn’t wonder about what needed to be done. I just knew. I knew at a gut level what I should be working on and what should be done after that.

This has included getting in the car and getting on airplanes to be where I needed to be to do the work that I know needed to be done. I was painting with broad strokes. The details simply fell into place or were left for another day.

A notebook and cup of coffee

Then it stopped. My body and my brain were tired. The next most important task was no longer obvious and staring me in the face. So I found my notebook and with a hot cup of coffee by my side, I made a list again.

It was hard work because I was out of practice. Being in “the flow” was more fun and more liberating. You just go and trust your gut. But that won’t always get you where you need to be. Sometimes you have to slow down and consider all the details you ignored to complete the work of art that needed completing. And make no mistake – what our team has built is a work of art.

Armed with the new task list, I began to focus more on details rather than broad strokes. We’re at the point in our product launch that the details matter the most. And now as I complete a task on the list, I simply scan the rest of the list for what presents itself as the next most important task. In this way, I’m still able to capture some of the creativity and productivity that I maintained while I was in “the flow.”