You are here: Home / motivation / Alum Cave Bluff: Knowing your own pace 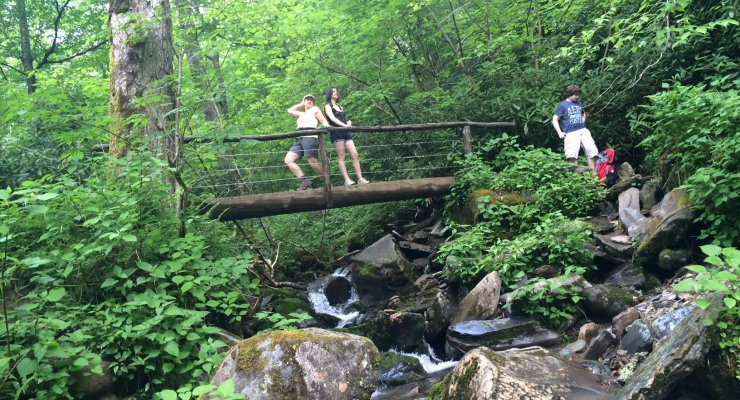 Hiking with a group can be a tricky proposition, especially when the group is composed of young folks, older folks, folks carrying backpacks and folks stopping to take pictures along the way. Not everyone in the group will have the same pace on the trail, and that can be disconcerting to some at different points in the hike. This is not unlike a business which has those with an unfettered sense of urgency working alongside those that prefer to plod along more methodically.

The trail to Alum Cave Bluff

The trail to Alum Cave Bluff is rather easily described: about three miles of uphill switchbacks followed by a downhill return along those same three miles. As the one carrying the pack with all our food and some other essentials, I was all about taking my time on the way up. This is a particularly beautiful trial with plenty of photo opportunities along the way so the photographers in our group took many breaks on both the way up and down.

The makeup of our group for this trip to the Smoky’s was my wife and I and our two adult children who are now both in their early 20s. There was a time when the kids were much younger that we stayed together as a group for safety reasons. Now on a well-traveled trail, that is no longer an issue so we’ve learned to all hike at our own pace. Sure we stop along the way and regroup a few times, but it’s more about enjoying the trails at each of our own paces. Sometimes those paces match up and a couple of us walk together for a distance until it’s no longer working for one or both of us.

Working at your own pace with a team

Finding your own pace when working with a team can be as tricky as doing so on the hiking trail with a group. You have to overcome your lizard brain crying out that you are supposed to be working together. The simple fact is that you are working toward a common goal and that you each have your own part to contribute to the finished project. On the trail ultimately each hiker must walk all the miles on their own. No one is going to carry you.

Sure the team needs to gather periodically to discuss progress and plan the next steps but then the group splits up and works the different tasks of the project on their own. Some team members will finish their tasks first and then need to wait for those who take a bit longer or simply have a heavier load to carry at this stage of the project. Don’t worry about finishing first. Focus instead on finishing your part of the project at your pace and to the very best of your abilities.

If you’re feeling stress to work at a pace that is not your own, maybe you’re working with the wrong team.